carolineeosborne in Uncategorized January 9, 2016March 7, 2016 1,224 Words
Yes. It’s true. I’m posting late. But you know what they say, “Sometimes you make a schedule for the thing & then you don’t do the thing by the schedule & then it’s late & you shrug your shoulders & do the thing late anyway.”
So, you know, let that old, wise adage guide you today.

Ahem. Here is a video so you can empathise/understand me/think I’m less crazy:
Mitsuo-san Sings. It’s a little long, but the very end shows a tiny snippet of his personality & it’s wonderful.

And here are the gingerbread men we made them as gifts. Except we made them ninjas and called them ninjabread men. Oakie’s idea. The man’s a genius, I tell ya.

Also, Mitsuo-san wasn’t familiar with American gingerbread men so he just thought we made a cookie shaped like him. It was pointless to talk him out of believing it, so the magic lives on.

2. We are really into the tours the MWR (Military Something Something Recreation) offers so we’ve signed up for ALL of them. We’re planning to go see the snow monkeys in the hot springs this month as well as TWO strawberry picking events that include hiking and ice cream (so…duh). Oh, and we’re going to the 40th annual Sumo Wrestling Tournament in February and I still don’t know how to feel about it. I say all of this to explain that we recently went on one of these day-trip tours to Kyoto (the former capitol of Japan).

Notice something with me here: Kyoto is the old capitol. Tokyo is the new capitol. Their names mean Western Capitol and Eastern Capitol, respectively. Also, their names of opposites of each other. HOW COOL IS THAT?! To- and Kyo- switch places. Kyoto. Tokyo. I love Japanese.

The trip to Kyoto included two Buddhist temples and one walk through an illuminated park. Here are some pictures as I tried to capture some of the magnitude of the experience. 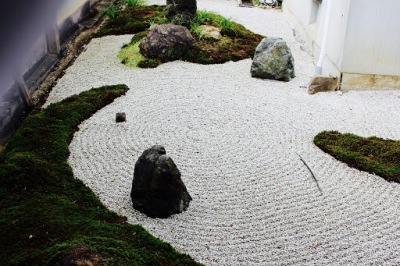 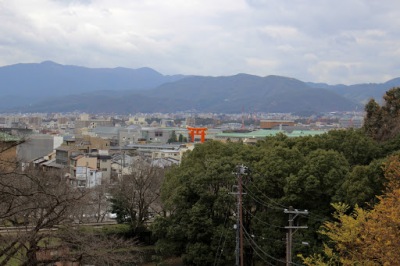 Um, yes. That pavilion is covered in gold. 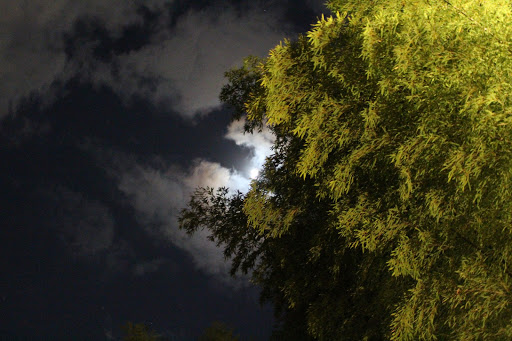 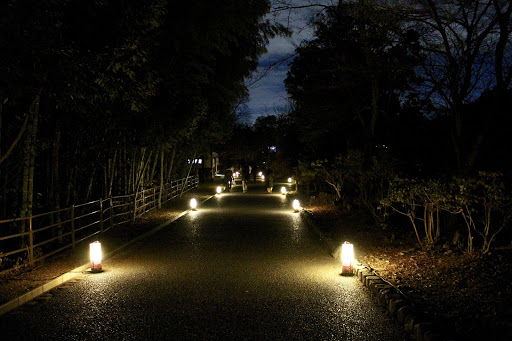 3. In Japanese, there’s an adage that hiccuping means you “stole an egg.” We learned this because (THANK GOODNESS) Oakie got the hiccups in front of Ramon (who took us to lunch again) & he laughed and asked if he stole an egg. I’ll never see hiccuping the same.

4. AND SPEAKING OF EGGS. The first time I bought eggs in Japan at the Commissary, I noticed they were locally sourced (cool by me, bro), but that the date on top was very close. Like only 3-4 days away. Thankfully, I was doing a lot of baking so I wasn’t too concerned about using them all before the date. Also, they sell them in quantities of 10 so even easier! However, Ramon told us that the date on the eggs isn’t an expiration date at all. It’s the date by which it’s safe to eat them raw (!!!). So just call me Gaston…

jk. jk. I haven’t eaten any raw yet…BUT I MIGHT.

5. I’ve mentioned before that I LOVE Japanese birthdays & apparently SO DO THEY. In fact, it’s a national holiday…if you’re the emperor. And guess who got invited to the party/public appearance & speech?
That’s right.
Everyone in Japan.
So we went, because one does not simply ignore the emperor’s birthday. It was crazy. There were millions thousands (I cannot estimate crowds for the life of me. There could’ve been ten of us there. I wouldn’t know…) hundreds of people in this huge courtyard where he received his guests and we all got these cool party favours:

And then there he was with his wife & daughters
& he turned 82 & gave a two minute speech
& it was the quietest group of 90 million people I’ve ever heard.

Tokyo is a beautiful place to have a birthday party. Good call, Emperor.
Old & New right beside each other. 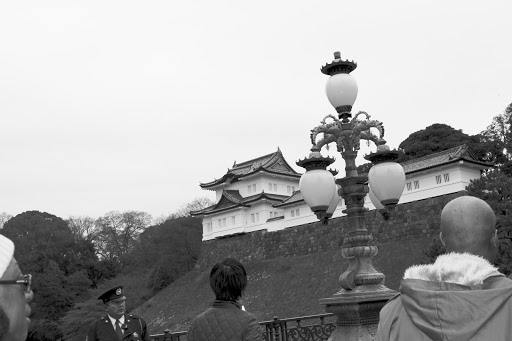 Plus, they even paint all the cranes festive colours for you

& tour guides bring festive Follow-the-Leader equipment & sometimes they let you hold it for a minute while they do a headcount & you immediately start living out your dream of being tour guide one day. 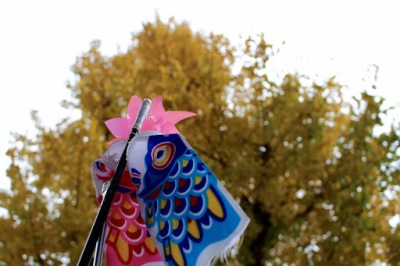 As exciting as all this was, we were NOT invited to he slumber party afterwards….whatevs. We’re not even mad about it.
He’s clearly on the next level of Big Deal & we’re new here so we understood.
The Part Where We Go To The Zoo
And then we were released to spend the rest of our day seeing the Tokyo Zoo & National Museum & Nature Museum…but let’s be real. Oakie & I spent all 5 free hours at the zoo. #worthit

Because we got to see a PANDA!
I‘d never seen one in real life (that I can recall so this was HUGE…I’m serious. That bear was so big.)
Also, someone please appreciate that this photo is in black & white…

Also, check out THIS fantastic shot…………..that I saw on a poster outside. 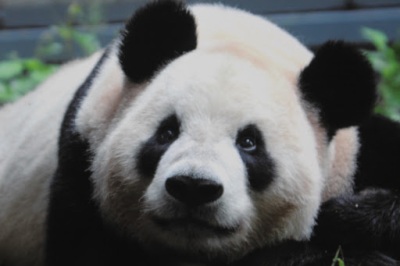 And also THIS panda 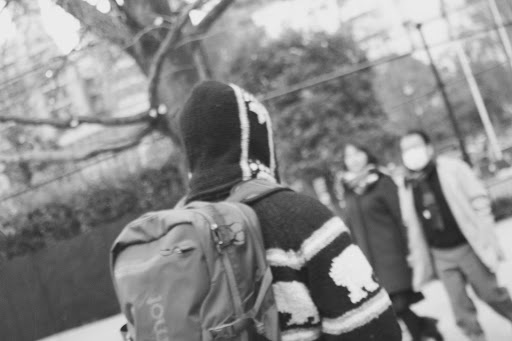 …gotcha.
It’s really Oakie.
If you know me well enough to know what my spirit animal/patronus is then you know that otters are very important to me & this cheeky little fellow was no different.
I actually have, like, 47 pictures of him, but I spared you.
You’re welcome.
He played with our hearts for a good ten minutes before finally travelling through the clear tube that put him outside the enclosure in a clear tub of water.
He then swam the loop one time and went right back to the cage.
//www.youtube.com/get_player

And he looked right at me as if to say, “No. YOU’RE welcome.”

I call this next collection:
Good Picture Of The Kid

&
Good Picture Of The Tiger

This pretty birdy POSED for me.
I swear.
Solid ten minutes on that branch just WORKING that camera. 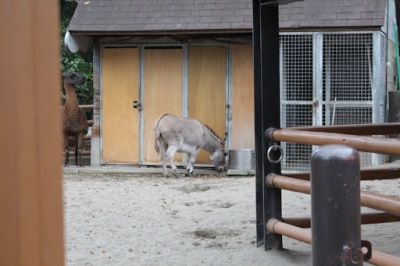 & last, but not least, our favourite exhibit.
The Ezo Sika Deer.

We had a chat.
It was magical.
Here is a video.
I think we’re engaged now…
(loud one is me & the softer one is him)
Bonus Material:
This awkward video I took of the polar bear collecting his toys…
And that’s all she wrote….
Next week.
You.
Me.
Taiwan.